TWICE’s Mina took center stage in the November issue of Allure and discussed what kind of musical concept she wants to try out in the future.

After celebrating their wonderful sixth debut anniversary, TWICE is showing the world that they’re definitely on a roll. Fresh off the hit of their UK single “The Feels,” the band’s dazzling dancer, Mina, caught up with Allure magazine for their next November issue.

Most recently, the fashion magazine unveiled preview photos of Mina. In the published photos, the singer posed with elegant and functional ensembles. From a sophisticated maxi dress, a monogrammed sweater to the teddy bear coat, TWICE’s Mina again nailed the picture with her charming style.

Shot under the theme “Me, Myself, Mina”, the photoshoot showcased the moments the singer enjoys the most. 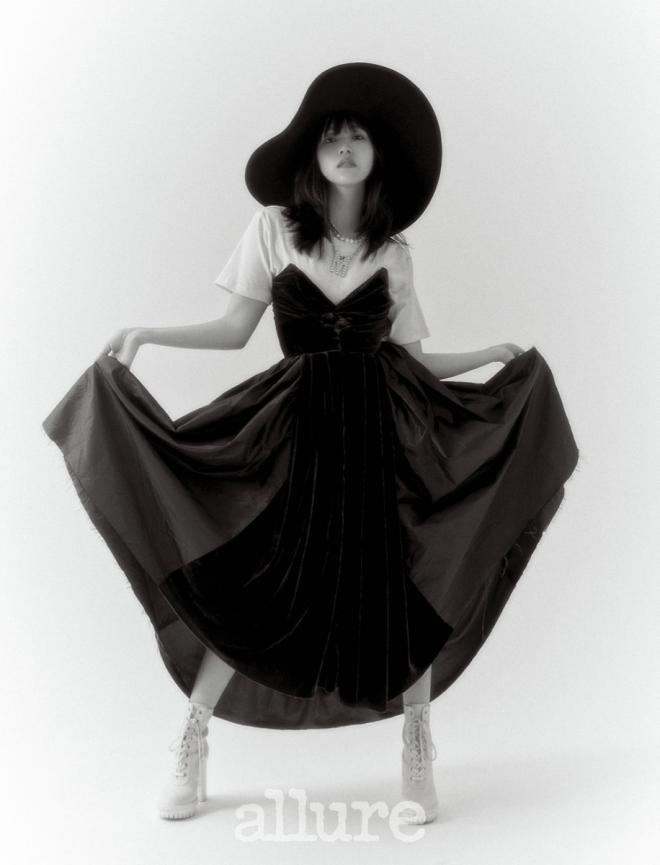 Along with all of the snaps, Allure also gave a preview of the idol interview that accompanies her fabulous photoshoot.

She was asked what image came to her mind when she thought of a “young woman” themed photo shoot.

The idol replied, “Maybe because the concept was fun, the shoot was exciting. When I think of ‘young lady,’ I think of a luxurious image but a bit traditional. It doesn’t look too embellished or too much. sophisticated. 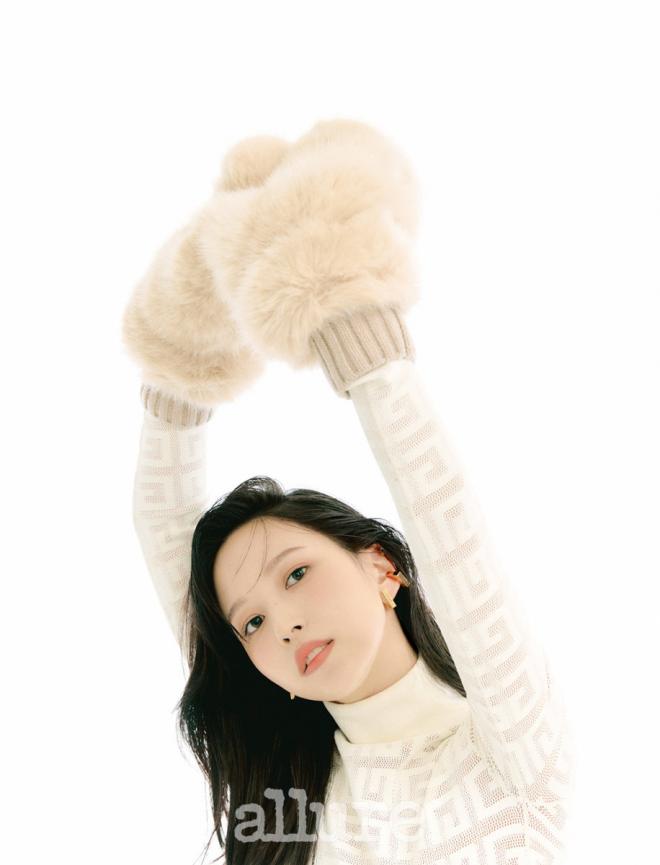 On having his pictorial solo

Previously, the group had participated in a photoshoot with the magazine. This time, Mina has her solo feature.

Asked how she changed her mindset by doing a solo photoshoot, the “LIKEY” singer said, “I always want to take good photos. When I’m with the members, I think more about harmonizing them. with each other. But in a solo photoshoot I can be more free and daring. Like today! “

On the idea that being good at dancing means posing better, the artist commented that since she performs a lot, she always tries a lot in front of the camera.

â€œI think about the choreography a lot because the stage is a team where nine people are together, and of course the choreography is vital. But when I take pictures on my own, I can do whatever I want. 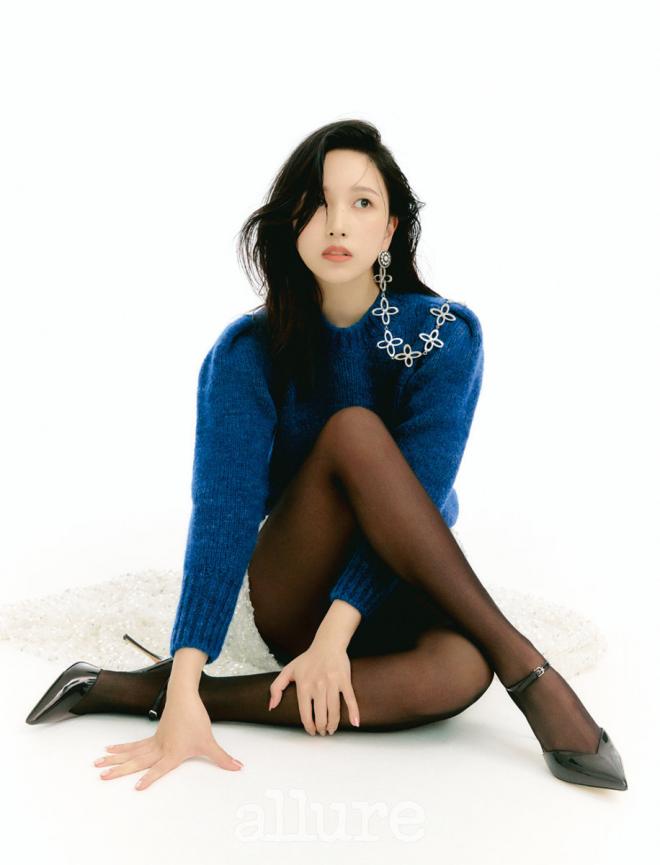 Mina’s passion for music and dance

The singer also shared the difference between their comeback with “The Feels” and “Alcohol-Free”. â€œI think it was a new attempt for us. The genre is the same, and we’ve been busy with our choreography so far. But this time we came back with a gentle dance. The choreography was pretty, and the response was good in the US, so I was happy.

Since it was rare to see TWICE performing dark, daring songs on stage, she described how a little different the performance of last year’s “Cry for Me” was.

â€œPersonally, I really like ‘Cry for Me’. Our band may have an exciting and energetic image, but I think the track suited me well. I love it because it’s a song that could show a completely different side to me. 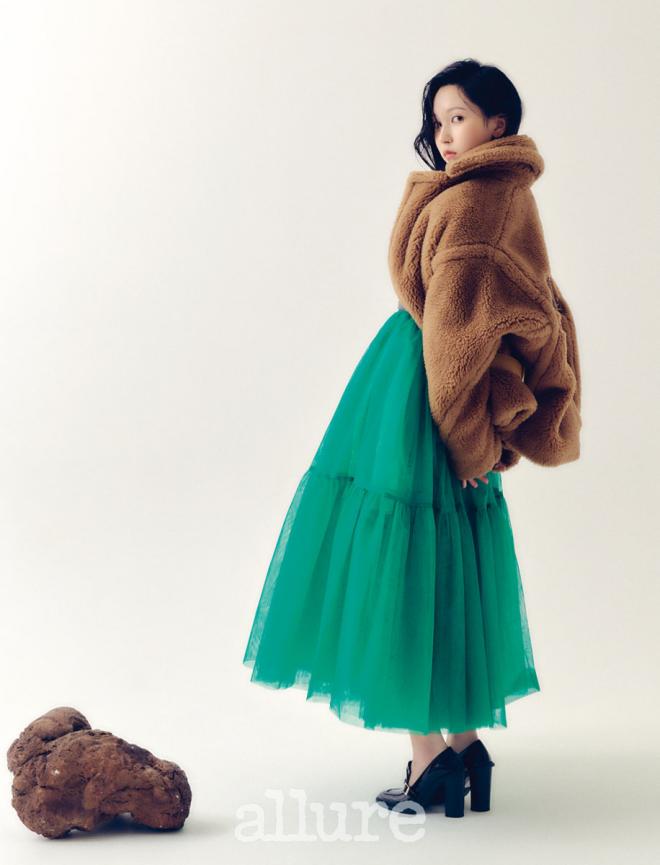 While TWICE’s musical colors are really diverse, Mina mentioned that she wanted to try a different genre of genre.

â€œNow that we’ve tried a lot of things, I think the classic genre would be good, unlike rock. Especially if we do classical music, I think the choreography will be nicer.

The charming artist also revealed that she listens to rock music. She said: â€œI also listen to a lot of band music. There is a Japanese band called “King Gnu”, and their songs are really good.

Expressing more of her love for music, Mina shared the songs she listened to before entering the K-pop industry. â€œI shared a music player with my brother and listened to a Japanese band he still listened to. I also listened to AKB48 and danced to their choreography.

The interviewer pointed out how passionate she has always been about dancing, which she totally agrees with.

Meanwhile, fans can find out more about TWICE’s Mina interview and see more of her alluring photo by entering the November issue of Allure Korea. You can also visit social media channels and the magazine’s official website for more information.

How does this story make you feel?