The importance of folk tradition is beautifully summed up in the words of HG Wells: ‘to record folk songs is to record life’. Although many classically trained musicians believe that ragas evolved from desi or non-classical musical traditions, folk music in India does not receive the respect it deserves. Although each state has its own unique folk music and dance tradition, only a handful of artists have been honored with the Padma Awards in the 67 years since its inception. Even Sangeet Natak Akademi only started awarding folk artists after 2007.

One wonders at this discrimination and at the tacit opinion that folk traditions are “inferior” to the classical. Based on the five types of ‘geeti’ or compositions mentioned in the chapter titled ‘Ragadhya’ in Śārngadeva’s 13th century Sangit Ratnakara, musicologist Arun Bhattacharya wrote: “The development of Indian music has continued, since the very first times, in parallel and symmetrical lines. (One resulted in the current raga system and the other in the geeti forms).

Music historian OC Gangooly in 1938 had referred to tribal influences in music, which later developed into ragas including Ahiri and Gurjari. Quoting from the ancient Brihaddesi text of Matanga, he pointed out how the regional culture also influenced the ragas, as evidenced by names like Desh, Gaur and Bangali.

Writing about Indian folk music in 1912, the famous Irish violinist and scholar of Indian music, Maud MacCarthy (or Maud Mann), said: “The inexpressibly charming songs of folk, which in their rhythmic complexity are far ahead on ours — it is a point to note — suggest the remnants of a noble art, rather than the spontaneous expression of uneducated natures. 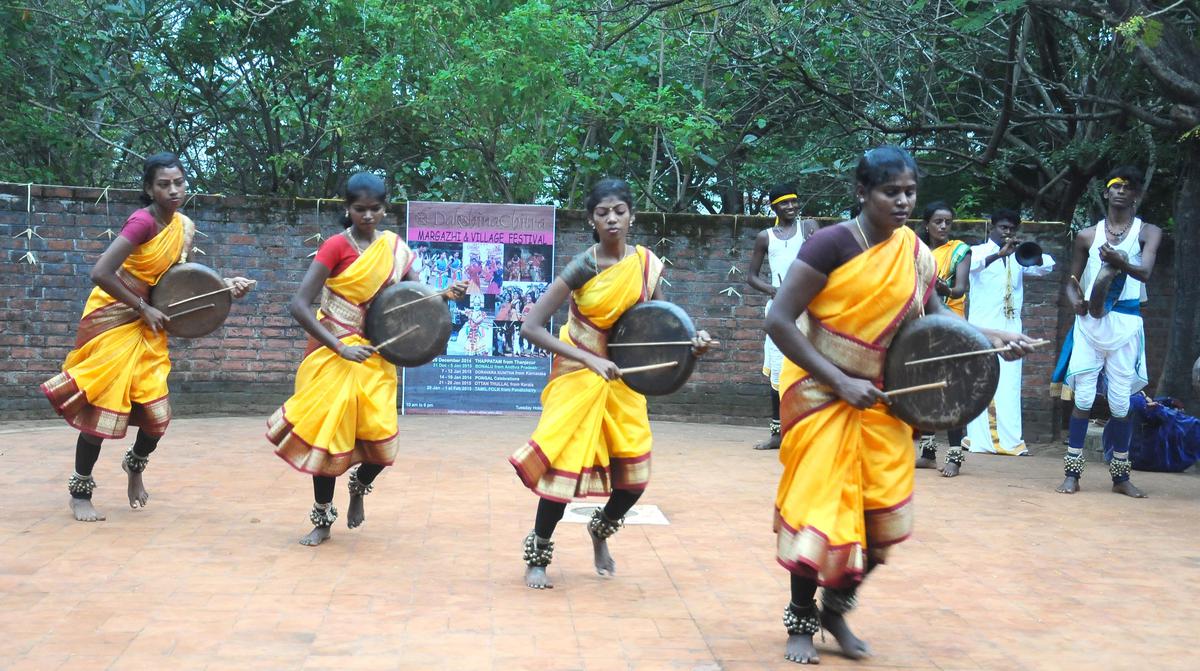 
Unquestionably, a great element of the iconic Pt. Kumar Gandharva’s music draws inspiration from the folk tradition of the Malwa region. In fact, his daughter Kalapini Komkali goes so far as to say, “His view of music changed as a result of his in-depth analysis of the folk music of the region; he understood that the “gaumukh” (source) of this music was the folk tradition. He was the first classical musician to really explore this connection. The seeds of so many ragas such as Bhairav, Bilawal, Bhimpalas, Sarang, Todi to name a few were visible in folk songs. He used to say “uski jaan chhoti hai, jo naazuk hai, raga ka pet bahut bhara hai”, which meant that folk songs are small, sweet things while ragas can be much more extensive.

In December 2021, singer Malini Awasthi held the 10th edition of her popular folk music festival, Deshaj, in Lucknow. More than 400 artists from across the country participated.

Although she was trained in the classical tradition, Malini worked to promote folk music, for which she was honored by Sangeet Natak Akademi. “My Appaji Guru (Girija Devi) fully supported my interest in folk music. In fact, she taught me rare folk songs and encouraged me to sing them. She was part of my institution, Sonchiraiyya, which presents this festival. Our folk tradition is priceless – imagine there are five dialects (Awadhi, Bhojpuri, Braj, Bundelkhandi and Rohilkhandhi) in which folk songs are sung in Uttar Pradesh alone. Many people are unaware of Rampur’s ‘charbet’ bandh qawwali/ nautanki tradition, sung in Urdu/Hindi.

Malini believes that to fully understand Indian culture, we need to revisit our roots, connect with them, and present them well. “Folk performers may lack presentation skills because it has never been a performance tradition, so work with them to highlight it for greater appeal,” says Malini.